“A” is for Anita Hill

This is an open letter to Anita Hill:

As I watched your interview this morning on The Today Show, I was struck anew by your contribution to my life and the lives of women across the United States. You became the voice for sexual harassment happening across the country; your conversations with Clarence Thomas replicated water cooler talk everywhere. In 1991, I was a 22-year old secretary working in a commercial real estate firm in Southern California. And I was you. 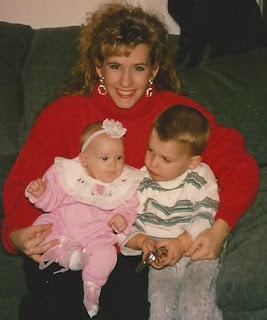 Because of you, my age group is likely to be the last to remember flagrant and unrestrained sexual harassment in the workplace. The daily remarks about my walk, my skirt, my legs, my smile, and my hair did not faze me because they were commonplace. We accepted our environment of cat calls and propositions as easily as offices with thermostats set too low and lunch hours that seemed too short. Being “hit on” was simply part of the job.

One supervisor asked me repeatedly to meet him in a hotel room. My response was always a gentle laugh, downcast of my eyes, and a wave of my hand to pretend I thought it was a joke. It was never a joke. But I was able to maneuver away from his proposal without any repercussions.

Others stood at my office door commenting on how I smelled or how I looked. Most women love compliments when delivered sincerely and without ulterior motives, but these daily comments seemed always tinged with the hope of going further.

Did it prevent me from doing my job? No. Am I irreparably damaged by being pursued in the workplace? No. But when I hear anyone question whether or not we can “ever really know the truth” about sexual harassment in the workplace, I am irritated. I believe those questions must originate from one of two parties: Men who did it, or women younger than 46 who, because of you, will never know the mundane, daily action of thwarting unwanted advances in the workplace. 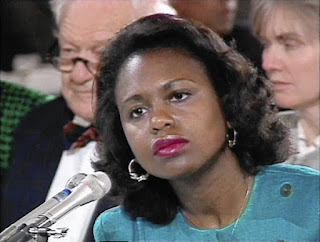 So today when I listened to replayed portions of your testimony during the Clarence Thomas hearings, and I heard you explain why you never spoke up before then—until the FBI specifically asked you about your experiences with Judge Thomas—I got it. I understood completely. Because in 1991, sexual comments in the workplace were no different than requests to complete reports or attend meetings: routine. What would you have said and to whom?

As the interview ended and Savannah was thanking you for your time, my husband of 27 years looked over at me and said, “You never told me any of that was happening.”

“It would have done no good,” I said. We’d been married only a short time, and I knew he would have wanted to confront those men. “It was just a part of the job.”

After the Senate hearings, things started changing. Companies began to implement sexual harassment training and policies, and employers started paying attention to conversations in the workplace.

We have you to thank for that. Entirely. I have not forgotten how you were treated during and after those hearings, the subtle (or blatant) suggestions that you were making up stories. We knew you were telling the truth. Judge Thomas knew it, too. But that was a time when such behavior was accepted. He probably thought nothing of it, so when he had to defend himself, he got, well… defensive. We lived in a culture at the time where we (even women) accepted his actions as the norm.